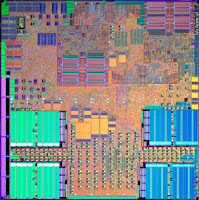 In 1994 I presented a paper at the 2nd International WWW Conference in Chicago titled, “Publishing in the New Mass Medium: Creating Content on the Internet”. In a nutshell, I thought that the web would emerge as another mass medium along side radio, newspapers and television. I thought that this would be driven by what I called at the time “the economics of sponsorship”.

Though a bit broad and hard to find now, (I did come across some German language snippets of it recently), I think it shows that I had some idea as to what was about to happen with the explosion of the web.

I then did a poster session on the time sensitivity of web content at the Fourth Annual Conference, and with the subtlety of a carnival barker I extolled the importance of “Temporal Design”. The way we retrieve our news and information has changed, in how we retrieve it and how its delivery is structured. Think of the date sort on Google news or how online newspapers show their breaking stories off the home page and you get an idea of the effect. When I think about how poorly I described my ideas then, I suppose I could just as well been talking about time travel.

And for a really narrow topic, at the 1998 “W3C Workshop on Web Characterization” in Boston, I submitted a position paper on “Statistical Analysis and Reporting as Applied to Unique Characteristics of Streamed Media “.

Right now, I spend most of my time thinking about identity and public access to data and information about whoever you might choose to build a profile on. It is a subject I am happy to investigate and in which I am interested in pursuing as a topic to write about and explore.

But I am unsure as to what the next big change will be. If you follow evolution of the Internet and then the effect of the HTTP protocols introduction through Tim Berners-Lee’s World Wide Web project, the changes are significant and can be distinguished along a time line. The availability of broadband, the integration of databases, the delivery of rich media and a wide/deep access to search and information can be tracked along with the companies that have risen to prominence through business models leveraging their technological introduction.

Web pages are more likely to behave like user interfaces to applications than print.

So what will be the next significant and noticeable change to occur in how we do business, socialize, entertain ourselves and pursue knowledge and information? Am asking you. What?

Richard Waters in a piece for the Financial Times relates this idea; he is suggesting that computers that can reason are now in view. It is the neural network driven, natural language processing, image recognizing, expert systems enabled service that you can ask “Where should I go on holiday?” that will create the next big disruption.

But as he says later in this analysis “Standing in the way of this grand vision, however, are some very big obstacles. This is not just a matter of technology: at a deeper level, it touches on philosophical questions about the nature of language and meaning.”

After all, In 1950, British mathematician Alan Turing guessed that "thinking computers" would arrive by 2000.

It is a very interesting bit of writing which at least takes a stab at answering my earlier question.

Your blog is simliar to the book I had read about A.I. cool!!

Many web pages already can react to what you like and supply suggestions. I'm not sure if I would say if it is web 3.0 yet though.

The name web 3.0 seems to be overrated...it seems to be the topic everywhere. Although it is interesting!