Ideas for Companies Finding Some Footing 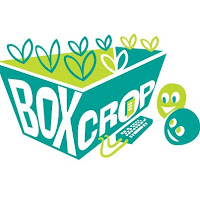 Now that I have caught my breath I just have to say that the inaugural South Sound Entrepreneurs Weekend rocked. Twenty three company ideas were presented on Friday Sept 14th  and nine well thought out business initiatives were presented on the afternoon of Sunday Sept 16th. I would not be surprised if several of those took serious root as companies in the future.  At the very least sixty participants enjoyed the enthusiasm that accompanies the pursuit of taking an idea and turning it into a product or service, then pursuing that as a business.

The News Tribune did an excellent article on the event and summed up the participation nicely.


The participants included a wide range of entrepreneurs, from inexperienced students with just a glimmer of an idea, to those already in business but wondering how to take it to the next step.

Their ideas were heavy on high-tech applications but otherwise varied widely – from remotely controlled gardens set up in shipping containers, to a computer game design consortium and a national on-line debate forum that would lead to a final, hopefully compelling smackdown in what would be called “America’s Ring.”


During the course of the weekend several prizes were awarded through drawings, including domain name registration, Starbucks coffee cards, books on innovation and entrepreneurship (The $100 Dollar Startup) and more.

My favorite was the drawing for the RR Anderson provided "One (1) Hour Logo" which was won by Otis Anderson and the team behind BoxCrop.  What a perfect prize for that weekend. Someone has an idea, then 54 hours later they have a business concept, and now they have an awesome logo.  You can see it at the top of this post.

Several of the businesses that came out of the weekend, either newly or further formed are moving forward including the aforementioned logo winner.  Additionally, a solution for managing energy efficiency and code requirements, a social media management service and a game development collective are all still in play.

One company that was formed but participated in the weekend has recently opened shop a block up the street called FabLab which should be checked out.  I may write about that next.

Things worked out well enough that there will definitely be another SSEW come September 2013.