A "Bama Breeze" in Las Vegas 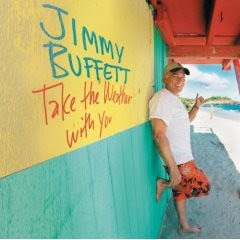 “I took off for a weekend last month, just trying to recall the whole year”

Julie and I and some friends of ours headed to Vegas this weekend. The precipitating event was the Jimmy Buffett “Bama Breeze” concert at the MGM Grand Arena Saturday night. We stayed at the MGM Grand itself, which made getting to the concert that much simpler.

There were far too many Jack Sparrows loose on the grounds. What we didn’t think about, but surprised us, was that for Vegas, this was Halloween Weekend. The number of people roaming about in costume all over the town was amusing and funny. There was also a big Halloween costume party at Studio 54 in the hotel which just added to the concentration of costumes. Angels, devils, cheerleaders and lots and lots of pirates were everywhere. Someone dressed in a maids outfit looked like they were trying to break into our room, so I chased her off.

At 6:45am on the day of our flight back there was this lone vampire just getting back in and he definitely looked like the living dead.

“I like mine with lettuce and tomato, Hines 57 and French fried potato.”

The food was amazing. We tried to keep the dining casual but two meals stood out. We went to a place called "Corsa Cucina" at Wynne's and had a Wild Mushrooms pizza made from mushroom puree, robiola cheese and white truffle oil, some Mozzarella di Bufala made from marinated heirloom tomatoes, basil, balsamic, extra virgin olive oil and split a huge hand cut Kurobuta Pork Chop with roasted butternut squash, raisins and apples.

The wine was incredible but the side potato dish fell short.

"In days of old, when knights were bold,
and journeyed from their castles,
Trusty men were left behind,
Knights needed not the hassles.
They helped themselves to pig and peach,
and drank from King's own chalice.
Oh, it was a stirring sight
these gypsies in the palace."

We were at the Wynn to see Spamalot. We missed the opportunity to see it at the Paramount when it was just here so I begged Julie and we made it part of our plans for Friday night. It was fun and entertaining and left me singing much of the songs from the show. Last year, Jill, a faculty member of the school of business, and I sang “A Song That Goes Like This” as part of a performance here at the UWT campus, so it was great to see the song in the context of the show.

A word of warning. They have cut down the show and removed the intermission for the Wynne theater version. The good news is that at 95 minutes long, it means you’re done early enough to go out on the town. The bad news is that something did seem missing. More than just the Arthur line “Have a drink and a pee, we’ll be back for Act Three”, “Two, sir” “Two, Run away, run away, run away.”, some of the songs seemed to have been shortened.

Nevertheless, check out half price tickets and hit the balcony and it is still a good deal.

“At a moment like this, I can’t help but wonder, “What would Jimmy Buffett do?”

After Spamalot, we met up with friends at Margaritaville Café and got a surprise.
The members of his band were all there on stage providing the music for the evening.
Nadirah Shakoor who sings vocals was the headliner, announcing a CD she was releasing, and introduced Tina Gullickson, who also provides vocals. Michael Utley, Mac McAnally, who was just admitted to the songwriter’s Hall of Fame (and recently discovered he was a second-cousin in law to Elvis) were on hand with several other band members. Jimmy would wait until the concert to make his appearance.

I am used to Corona sponsoring the concert so I was surprised to see it sponsored by LandShark Lager. LandShark Lager, which has replaced Corona as Jimmy Buffett’s beer sponsor, is brewed by Anheuser-Busch. I am a little disappointed by this, but in the scope of the world, I think I can adjust.

“We are the people, our parents warned us about….I’m growing older but not up”

The concert was great. Very solid set and the music did not stop. Many of my favorite songs, which are quite a few, and some rarely heard ones. The only time Jimmy left the stage for a break, Mac McAnnally took over with Piece of Work, which Mac wrote, and another song. They played for nearly three hours with two encores (per usual) and the place was rockin’. The crowd has grown older along with Mr. Buffett, and it was evident only in looks but not attitude. There are always young fans coming on board, but this night was definitely skewed toward the veterans.

My favorite fan sighting had nothing to do with costume, though the prerequisite flowered shirts, coconut bra, leis and funny hats were being worn. No, it was the multiple piercings and the dark makeup that made me take notice. Those were the first Goth Buffett fans I have encountered.

Email ThisBlogThis!Share to TwitterShare to FacebookShare to Pinterest
Labels: Theater