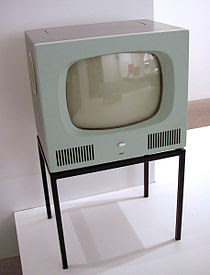 Get ready for a bit more give and take when it comes to your commercial consumption. You digest sales and advertisement all the time on billboards and signs on your way to work, in the magazines and newspapers you read and in the radio you listen to. Still, according to Todd Chanko, an analyst with market research firm Jupiter Research, "Even today, the easiest way for an advertiser to reach a broad number of potential customers is through network television".

But the game is getting a bit trickier and adjustments are taking place. Starting this week, Nielson Media Research begins offering ratings for commercial breaks, instead of just the shows themselves. Soon advertisers will know who decided to stick around for their product pitch.

This has become necessary for a few reasons, two of the most compelling being the widespread adoption of DVRs into an estimated 17% of households (growing quickly) and the accelerating spending on web advertising. CNN has an interesting article on how TV networks are getting sneakier about commercials. In that piece they also provide that nearly half of viewers 18 to 49 years old are watching recorded programs instead of live ones.

With web advertising you can get a far more complete picture. You can get total number of views, you can adjust the message based on profiles of the viewer, you can recognize any action they take on the message and you can even, in some cases track them all the way from exposure to purchase.

That is a pretty hard solution to compete with when you are primarily a passive entertainment venue like television. In the short term, network television has a few ideas. Product placement is one. Interactive programs and exclusive offers within the commercials is another.

In the long run, television will have to increasingly become more like the web, as the web has created entertainment offerings the compete in the same programming space. With Google and Microsoft providing ad engines and video readily available online it will be interesting to see where they converge.
- May 30, 2007

Email ThisBlogThis!Share to TwitterShare to FacebookShare to Pinterest
Labels: Living and Working Virtually