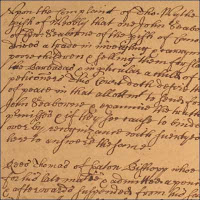 The private/public settings on your Facebook account may see quite a few flipped switches from public to private in the near future. In Australia, the courts have given permission for people to be served via e-mail and text messages when it was not possible to serve them in person. Of course the Associated Press picked this up, and now there are about 500 articles on it via Google news. I on the other hand learned about it from Erik Hanberg who continues to be a great source for me.

Some of the headlines:

and a favorite of mine

That one just strikes me as unseemly.

Of course the couple who have been dodging the front doorbell and not answering the phone thereby thwarting attempts to serve still haven't been served. Why? Because they heard about the ruling that Facebook could be used and removed their profiles from public view.

The lawyers in the case are still OK with this because they say it further proves that they have tried all means necessary to contact the couple.

Of course reporters for the AP had no trouble finding the couple in default at home in order to obtain quotes in their report.

What it does seem to say in a nutshell is that physical mail is no longer considered the only reliable, secure and private medium for communication.

A Facebook spokesman spun this nugget out of it as well as described in Rod McGuirk's report:

"The ruling is also an interesting indication of the increasing role that Facebook is playing in people's lives," Schnitt added. The company said it believed this was the first time it has been used to serve a foreclosure notice.

So, if this holds for Facebook, how about MySpace or Konnects or LinkedIn? For that matter, how about our hyperlocal communities like FeedTacoma or Exit133? What if you are a citizen blogger for the Tribune and you are served through the comments section? I would imagine it depends on the communication infrastructure associated with the service, as it is mostly social networks that allow for the private communication between members.
- December 17, 2008

I have a really, really easy solution:

Don't use social networking sites.
If that's not an option for ya, use pseudonyms.

This really needs to be taught in schools:
Keep as much separation from your real identity and your online one as possible.

I agree with everything accept that it is a "really, really easy solution". I think as time goes by and more technology is integrated into most of what we do it will be harder to remain unattached to the digital world. I remember the "Blanks" from the BBC Max Headroom series who worked very hard to stay off the grid. Catherine Price wrote about the effort recently with "The Anonymity Experiment". I got a post on it somewhere in this blog.

Where I one hundred percent agree with you is that this really needs to be taught in schools. Even if it starts as two or three lesson plans in protecting private information online and how it is used, that would be something.

I think this is another classic example of technology being ahead of law.

I agree, issues like this should be discussed and taught early on in school now days, but like anything else, we can't depend on that entirely.

When laws like this are passed, the list of effects and uncertainties goes on and on and on... and tedious or not, those need to be examined and dealt with before they become a problem.

Unfortunately, I think we've yet to accomplish the infrastructure to do this in as timely a fashion as needed.

With technology, it still seems to be more of a, "we'll just wait until something goes wrong to fix further problems" type of attitude.