Having a Lively Conversation 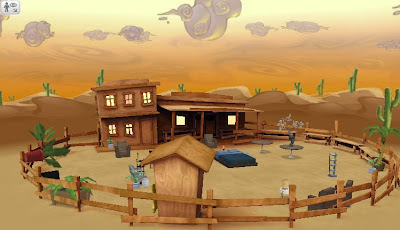 Yesterday Google introduced its graphical 3-D chat room “Lively”. A product of Google Labs, the virtual world tool was introduced through a blog posting off of the site. With it, you can select a cartoon like avatar, enter any of a number of different rooms and find another avatar to have a conversation with.

The download was easy for me. The avatar selection was not. Not that I had any difficulty selecting from those available. Most were anime like women, so I went with an avatar which struck me as an amalgam of several male anime characters.

However I was never able to see myself. I found others with the same problem of the never ending “joining room” message. A workaround was suggested, which I will give a try, but for now I wanted to get a post up on it today. I’ll say more or update once I get it working.

I checked out a few of the rooms and they were very fun. The Superhero Headquarters, the Winter land and the Robot Sushi were all very atmospheric. Along with the confines of the three dimensional room you find yourself in, audio accompaniment, whether the guitar in the Western room or the cracking of ice in the Winter room add to the experience. There appear to be many others and the site gives you the opportunity to create your own.

Moving around the rooms took some getting used to, but once I had the general idea I could get around. If you need help with any of the site or software, there has been a Lively Group established on Google Groups.

It is in Beta now and looks to be getting a workout. Overall, the site appears to be a fun launch of virtual world chatting. Here is a write up by the New York Times.
- July 09, 2008