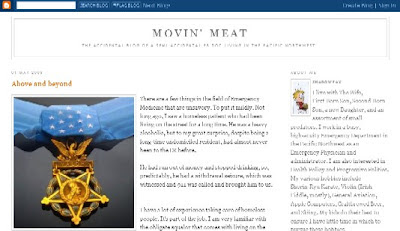 I am looking forward to speaking at a small health care marketing conference tomorrow in Gig Harbor.

Called ThinkLAB, it is an education and networking event put on by JayRay, a communications consultancy off of Dock Street in Tacoma. The event is an opportunity to mix and mingle with a group of professionals focused on a specific topic of interest to the health care industry.

My topic is pretty darn broad, but should make for an interesting presentation and hopefully engaging discussion period. It is the use of YouTube, MySpace and the Blogoshere and how to incorporate social media into a health care provider's marketing plan.

Truthfully I didn't find much evidence to support YouTube examples. Mostly hospital advertisements repurposed for a secondary audience. There are also a lot of expose' type videos showing conditions that a filmmaker found offensive, and then there were many, many political advertisements regarding health care programs offered by the current slate of candidates.

Charitable giving organizations have found a home on MySpace (HealingMusic), as well as FaceBook, evidenced by the Great Ormond Street Hospital page..

But the current raft of community driven, marketing minded and self promotional online communications ventures are prevalent in the blogosphere.

One of the strongest I found has been around since October of 1993 and is called www.thehealthcareblog.com. One of the most interesting is from an emergency room Doc from Seattle called "Movin' Meat" at allbleedingstops.blogspot.com. It is a self described "accidental blog of a semi-accidental ER doc living in the Pacific Northwest." My favorite entry is about how a homeless man managed to live in the wall of the waiting room for three months.

Of course I have mentioned here previously about CaringBridge and the free web site services they provide to families of children who are ill.

Also on the docket is Brian Forth from SiteCrafting, home of many of the South Sounds blogging community. He will be presenting on web site innovation. I look forward to his presentation as well.
- May 08, 2008