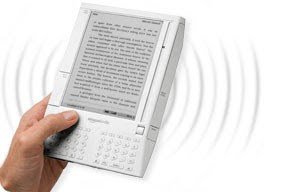 One of my kids wants an iPod Nano. I like the new design and size. The grey version goes for 149.00 but then jumps 50 bucks for a different color. Really? For a color change? If I go this direction then I would just as soon by her the grey version and a skin of her choice.

Interestingly, there is substantial jump to the iPod classic in terms of space for files. Four Gig to Forty Gig with a 100 dollar change in price. How do you use up 40 Gig of space, or 80 Gig for that matter? Does the space fill up fast?

What about the Zune? I just read that it is the best selling music player on Amazon. Is 2.0 much better than the 1.0?

Another of my children would like a Nintendo DS, as there are two others in the household who already own and are using them to play games. It is distracting enough listening to just those two playing against each other in the family room, even with their headsets on. There will be complete silence for several minutes and out of nowhere, one or the other will jump off the couch yelling in victory or defeat. These sudden outbursts scare the heck out of me sometimes. Three would be worse no doubt.

Sudden jolts to the heart aside; this is probably safer than when we had a toddler crossing back and forth in front of two people playing the Wii sports package. Whether it be boxing, bowling or Wii tennis, I was certain the little boy was going to just get smacked as he continued to weave his way back and forth between the flailing arms of the oblivious players.

And the PS3 just got a substantial price cut.

Another device just introduced is the Kindle, which is featured on the Amazon home page. It is the latest attempt at a readable, easily portable and usable e-book (which I believe poses no physical threat). I really want one. At least I want the idea of one. Forbes and the New York Times have both exclaimed the virtues of Kindle 2.0. Too bad this is only version 1.0. All the talk is of what it could be, and not so much what it is.

I think it is fascinating that when you check out the product from the Amazon link on the home page, and drop to the product page that Amazon’s own strength is its weakness. Out of the 182 customer reviews on the page, 72 of them rated the product a 1 (lowest rating). Out of five stars it received two a one half stars.

My question is this. How many of them even have the product? Many were condemning it by virtue of the product specifications as opposed to experience.

In the meantime another family member is searching for a new laptop but I don’t want to think about that just yet.

At this point, I am leaning toward Play-Doh and sweaters for Christmas.
- November 19, 2007

Email ThisBlogThis!Share to TwitterShare to FacebookShare to Pinterest
Labels: Tools and Devices

In terms of iPod size, I bought a thirty gig iPod video on craigslist.com for $100. The space is about a third full, and I have 3,000 songs which is more than enough for me. I also have several videos that I never watch, so they just take up space. I would say for a teenager that thirty gigs may be too much space. I know that a four or six gig too little for me, but maybe a twenty would suffice.

I've filled up my 20 gig ipod and now regret not having more space because there's so much more I want to put on there. That said, I can't concieve of needing more than 30 gigs just for music.

Then again, teenagers don't actually listen to such a wide variety of music as adults do.

If it makes you feel better, my daughter wanted the Barbie Girls MP3 player for her 7th birthday. Google barbie mp3 and be further frightened.

p.s. She didn't get it. All it took was a bit of math. It cost $60-$70 at Target and she had only $50 to spend ... and I wasn't sure if it would even work on our Mac computers, so one basic princess Barbie later and we were OUT OF THERE!

How about a good old fashioned game like Candyland?