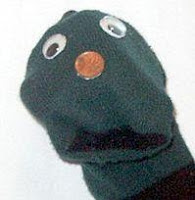 Trolls, Sock Puppets and AstroTurfers have entered the lexicon of the web. Actually, they have been around for a while, but I have recently seen them pop up in mainstream stories and blog postings. Just in case you run across the terms and are unfamiliar with them I thought I would give some quick definitions and a couple of links to more detailed information.

Sock Puppets:
Given that we are in the middle (aren't we always) of a political season and things will begin to heat up, it is good to know just what a sock puppet is and does. You can get a sense of it just from the visual of a person standing there talking to a puppet on their hand, asking it questions and getting answers. A Sock Puppet on a blog is a set up, a person who is often a fictitious creation or a friendly posing as a member of the crowd. That person, fictitious or not, is used to ask softball questions, defend the candidate on other blogs or comments, and generally push the message they have been given.

For some good examples of sock puppets in the political realm, there is a good article from the New York Times, written back in February of this year.

Sock Puppets aren't always friendly toward their puppeteers. Sometimes they are outrageous and viciously attack their benefactor. The purpose here is to use ridiculous argument to to rally support around the target and to gain that target attention. A local artist not too long ago put one to use, in what I found to be a very funny fashion.

Trolls are a different breed altogether. Generally aliases as well. They are the online bane of blogs and forums as they serve no real purpose other than to give themselves a thrill by disrupting conversation and gaining attention. Trolls can be thought of as ugly creatures with disposition problems, (which they often are) but the origin of the term actually comes from the idea that they move from forum conversation to another, trying to lure people into debates through provocative statements. In essence, trawling along the web, baiting people into an argument. They just love the attention and getting a rise out of people. Where as a fisherman might troll for salmon, they troll for fights. I think both terms fit.

Answers.com has some good Troll information.

The truth is that this one was new to me, and the first mentions of it I ran across come from less than a year ago, though it is another term that has been around for several years. In a way, they can be sock puppets or trolls, but the idea is that this is a new occupation. These are people paid to surf the web for postings and articles on a topic or person and then post positive information about it, or whatever the PR machine that has hired them dictates.

There have been guerrilla marketing approaches that have hired good looking, young people to go to hot spots in New York where they would talk up new products to others. Basically being hired as an actor to go out and pitch a product, while posing as a just someone who happens to love this new thing. Pretty low, if you ask me. It is a form of propaganda.

The same goes for astroturfers. The issue I have with these approaches is that right from the start, even if you truly believe in what you are promoting, the intent is to deceive.

Email ThisBlogThis!Share to TwitterShare to FacebookShare to Pinterest
Labels: Your Digital Double