BarCamp Tacoma, Be There and Change the World 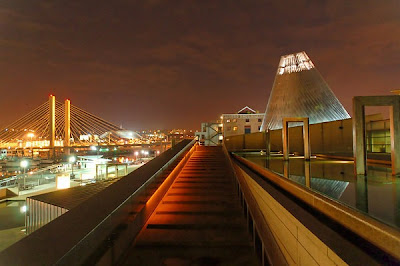 In August of 2005, Tim O’Reilly, technology publisher extraordinaire invited 250 of his friends to join him for a day of activities that would allow them to get to know each other better and to “hopefully come up with some cool ideas about how to change the world.” The idea was to have people who are doing interesting work share it with others. Interesting in this case meaning the topics of web services, data visualization, opening source programming and data security among other things.

This had been going on for about three years by 2005, and was a pretty exclusive event. Those that were not invited, but were also doing interesting things decided that they could organize a similar opportunity, make it open to anyone interested in explaining why they were interesting and garner enough interest in the event to fill it. It was a success and in answer to the O’Rielly event, named “FooCamp”, it became known as “BarCamp” in a gesture toward its tech geek roots. It is also known as an “unconference” because it shapes itself on the day of the event and speakers present in half hour slots on a first come/first served basis. Chris Messina’s idea was an unqualified success and the occasion for BarCamps has increased in number and venues.

If you were interested and had heard of BarCamp over the last few years, it would have likely been one somewhere in Seattle or on the East Side.

That was until this August 8th at the Suite 133 offices. Thanks to Scott Kuehn, Michael Maitlen, Jamie Paulson and Robert Peaslee (and Jen, but I don’t know her last name) an open invitation to participate and interact is available to the Tacoma set. You DO NOT have to be a tech geek to participate. Perhaps your interest is in marketing or art or economic development. If you are willing to speak, you are welcome to the event.

Open at 9:00am with presentations starting at 10:00am, the event will go until 5:00pm. Coffee is your friend. Perhaps we will all get to know each other better and come up with some cool ideas to change the world, the state, the county, or maybe Tacoma.

For more information check out www.barcamptacoma.org and sign up there.

Jamie has demoted himself to having only known about the event early on, and given the sign up sheet so far, I am going to guess that Jen is in fact Jennifer Halverson Kuehn.

The topics and participants to date can be found on the attendance page.
- July 08, 2009

Heh, I can't claim any responsibility for the event beyond just knowing about the plans early-on. And furthermore, I'm not even going to be able to make the event. Sad to be missing it, though, should be exciting.