All Kinds of Escapes at Court House Square 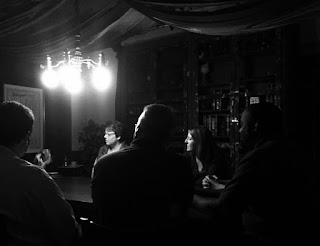 What a month of July it has been for The Last Escape. We have seen birthday parties, family outings, tourists in Tacoma and company team building groups all come through the escape/puzzle room. Facebook has been active with followers and those interested in checking out what we have created, and engaged in requesting what kind of escape room we might build next.

We opened in June and had several small groups come through. Early adopters of a new business in the city, friends of The Last Escapers (what the actors, designers, techs and writers call ourselves at Adventures by Appointment) and even curious walk ups made up those first several runs. Among them was a reporter for The News Tribune who came in slightly skeptical and left a fan.

But it was with the publishing of the article that really opened the secret passageway, I mean door, to the room. All sorts of days and times popped up on the adventure calendar. We show four or so shows for ticket purchases each weekend in the month. This is for those who are looking to come have fun in sets of two or four or six, or an entire booked room of 10. Friday at 7:00pm, Saturday at 7:00pm (and 9:00pm at first but now 5:00pm) and 5:00pm on Sunday are the pre-scheduled times. 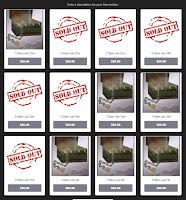 Then came the call for gift certificates so I had to figure out a way to provide the adventure ticket without a pre-determined time. I posted about how Adventures by Appointment meant that you can secure your own appointment for time and day. As soon as that became clear more phone calls came in asking for specific days and times. With enough notice and an actor and tech willing to do so, we could do a 2:00am show on a Weds. In what is supposedly one of the most haunted buildings in Tacoma!

Now we have Flex Tickets for Two People, Four People, A Private Party Escape and even a Team Building Escape that comes with lunch and a facilitated discussion following. 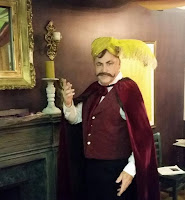 And it has been fun. We have had to add additional tech folks to run the escape no matter what the time and day, more actors to be the Mediums in the room (Madam Dana and Lady Jade have been supplemented with Price Nicki and Otho the Magnificent).

Finally and importantly, we will be starting a part time Managing Director of Adventures by Appointment in August and will be looking to expand to two and possibly even three different escapes to choose from.

We are looking at a bank robbery theme, a prisoner breakout, CDC virus outbreak and alien autopsy story lines. Which would you like to see happen?