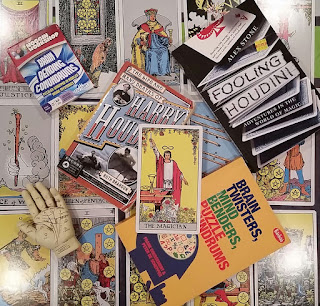 Building a puzzle/escape room is one thing, and the story that unfolds while escaping is another.  You may love a venue, (consider the interior of the Pantages or the 5th Ave Theater), but it is really the show that stays with you.

So it was important to me that the two be separated.  “Adventures by Appointment” is the name of the company that will put on the escapes, but the first puzzle room production that will launch it is called “The Last Escape”.

This all started close to a year ago in a conversation with Erik Hanberg.  He was the impetus for the exploration for this kind of entertainment in the South Sound.  He and Mary had just participated in an escape room in Portland and had had a fantastic time.  So for a few weeks we kicked it around, with discussion of themes and stories and how something like that might be received in Tacoma.

We missed a short window to visit a room up in Seattle and then I was off on vacation to Sunriver, Oregon.  As is my habit, I bring a creative project outside of my daily routine with me.  This time, it was the development of an idea for a story to become the basis for an escape.  Being the obvious person that I am I immediately thought of the greatest escape artist of all time, Ehrich Prach, known to the world as Harry Houdini.  I bought and books, articles and even read his obituary.  I began to research puzzles as well.

When I returned I was ready to move this story forward and create the production, which also meant building a company, finding a venue and spending a lot of creative energy.  Erik has been a valuable sounding board and though he is busy with being President of the Parks Commission, co owner of Side X Side Creative and releasing the second book is his sci-fi trilogy “The Iron Harvest” I am hoping to convince him to write and produce the second escape room adventure.

I decided to approach this business like a venue for theatrical productions in order to build a revenue model.  Because the number people who attend a production at any one time is very small, there are some limitations.  Nevertheless, there are many similarities.

I have a firm grasp of story and stage, as I have been in over thirty five theatrical productions over the last ten years.  Combined with my entrepreneurial experience, it has provided me with the confidence to push forward.  Unfortunately most of my experience is through the guise of an actor.

Luckily I know a few folks with a broader set of theatrical skill sets.  I have known Chris Serface for years, since we first performed together in "My Fair Lady" at the Tacoma Musical Playhouse, then "The Wind in the Willows" and "Urinetown" among others.  Chris became Managing Artistic Director at Tacoma Little Theatre and now runs the show there along with Karen Christensen and Blake York and their board.  All of whom I have done shows with.

Chris helped answer my questions about scheduling, budgets, roll out of productions and really helped me translate how ticket
sales and audience estimates might work with what I am trying to do.  Bottom line, less seats to sell means more shows per week.  Plus my overhead will be smaller.

I am happy to say that Tacoma Little Theatre will be partnering with me on the first production. 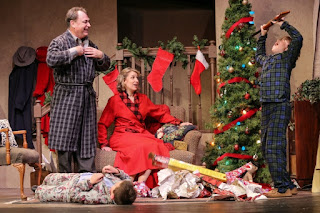 I mentioned Blake York, who is technical director of TLT.  He also played Ralph, the grown up Ralphie and narrator for the recent production of A Christmas Story, in which I played “The Old Man”.  Along with doing a great job with a ridiculous line load, he also designed and built a magnificent set for the show and was responsible for sound cues.  The set was truly a thing of beauty.  He had also built the set for Fox on the Fairway and at one after show cast party said he wanted to work with me on something.

This is that thing.  I am happy to announce that Blake York will be doing set, sound and light design for “The Last Escape”.  He is keen on quality and understands how to make things happen on stage.

Finally, once the script has been written and the venue has been chosen, you need someone to direct.  I met Jen York during the production of A Christmas Story and loved working with her.  She was easy to communicate with, is organized, detail oriented and very creative.  She also has a wide range of experience in all facets of theater.  She asks the right questions and can give firm instructions.

In meeting with her on the production she has never failed to give me great guidance and advice.  Several elements have come into greater focus because of tasks she gave me to complete.