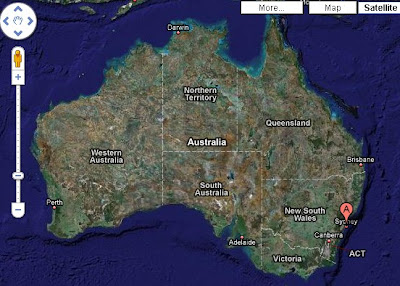 In Jurassic Park, there is an attempt to keep the dinosaurs from breeding by creating only female of the species. However, the female dinosaurs produce offspring through parthenogenesis, for as Doctor Malcolm states, “Nature finds a way."

So does the Internet. There will be many attempts to control and filter the Web and the Internet, but I doubt that there will ever be a successful project that controls distribution of files and media. It is constantly evolving and there are many different ways in which transactions and transfers can occur.

That doesn't mean that there won't be any attempts.

According to Wikipedia, "Internet censorship in the People's Republic of China is conducted under a wide variety of laws and administrative regulations.... The apparatus of the PRC's Internet repression is considered more extensive and more advanced than in any other country in the world....Amnesty International notes that China “has the largest recorded number of imprisoned journalists and cyber-dissidents in the world.”

Another example includes conversations I had with young men and women who were visiting as part of the "Dubai Future Leaders" program. Among them were a few bloggers who talked a bit about what it was like to blog in the United Arab Emirates. They did not encounter difficulties themselves, but they mentioned that blogger friends from other restrictive countries faced imprisonment for dissenting viewpoints.

But the uproar today and over the last week has been over Australia's plans to implement the "Great Aussie Firewall". In an (I believe) admirable attempt to curtail exploitative web sites and practices such as child pornography and criminally instructive sites advocating drugs and ultra violence, the filter is promising to make Australia one of the strictest Internet regulators among democratic countries.. Admirable or not, it may not be technologically feasible to do so, and therefore a waste of crime fighting funds.

Communications Minister Stephen Conroy states, "This is not an argument about free speech," in an e-mail to The Associated Press. "We have laws about the sort of material that is acceptable across all mediums and the Internet is no different. Currently, some material is banned and we are simply seeking to use technology to ensure those bans are working."

Douglas Schweitzer puts the counterpoint nicely on his Computerworld blog,

You can’t fault them for trying to make the Internet a safer place to traverse, but they’ll have to fine-tune their methods. Filtering peer-to-peer networks would seem promising, but blocking key words is still unreliable. ...Democracies are struggling with Internet filters across the globe, but in many countries filtering is voluntary. Until they can improve their method, Australia’s going to have a hard time "selling" this proposed firewall.

Technology is a tool and not as stand alone solution. We have laws and organizations that maintain and uphold them in the real world, and though they are unable to halt criminal activity, they are societies means by which we keep criminal activity in check. Will that be the same in cyberspace? And if we do build out new laws and organizations to maintain and uphold the online laws, how will they stratify.

If an online community is inherently global, will those laws eventually need to be as well?
- December 29, 2008